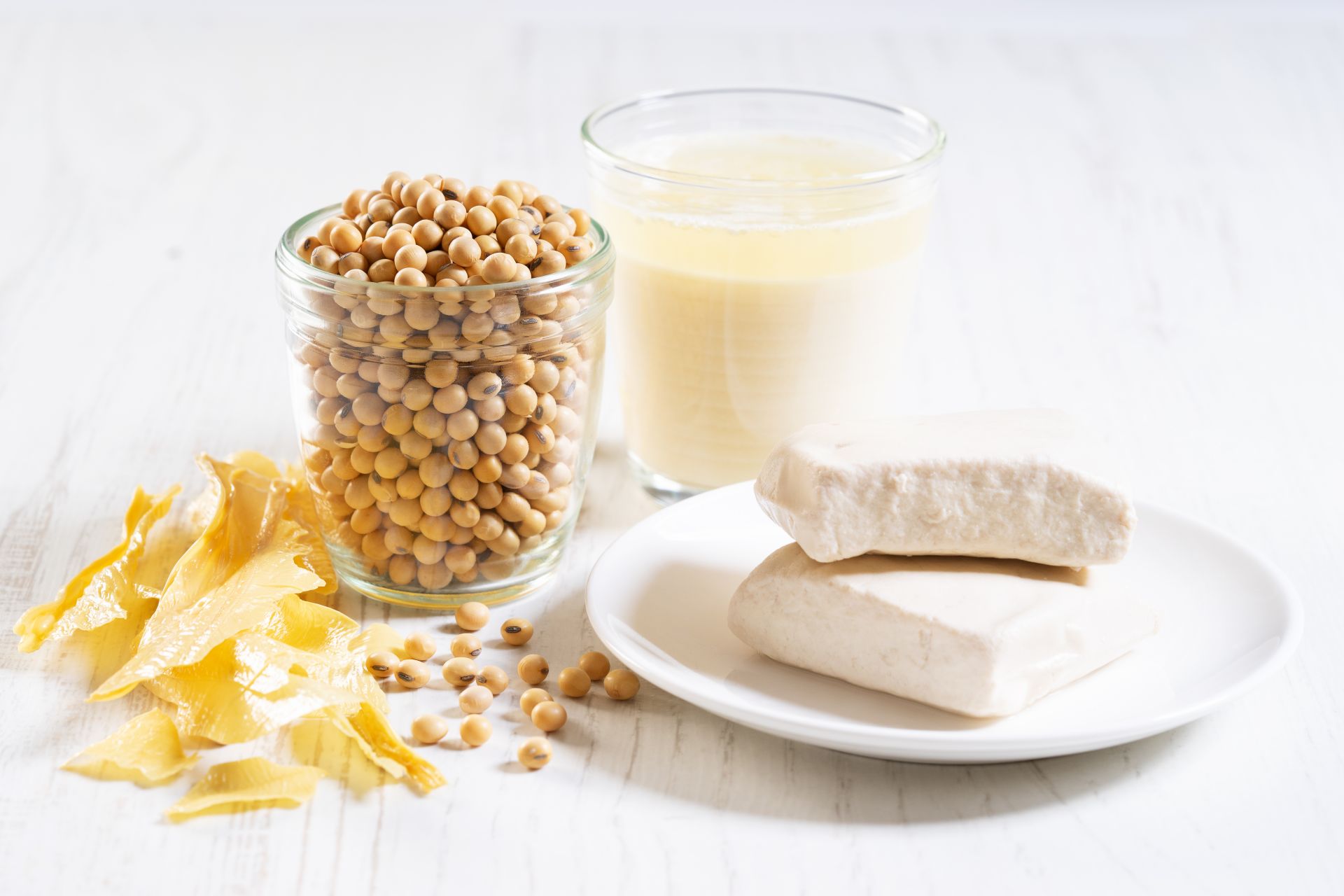 The recommendations of the new Canada’s Food Guide represents the latest, science-based thinking on what to include in a healthy diet and what to avoid, and in some ways is a radical shift from the previous food guide released in 2007. 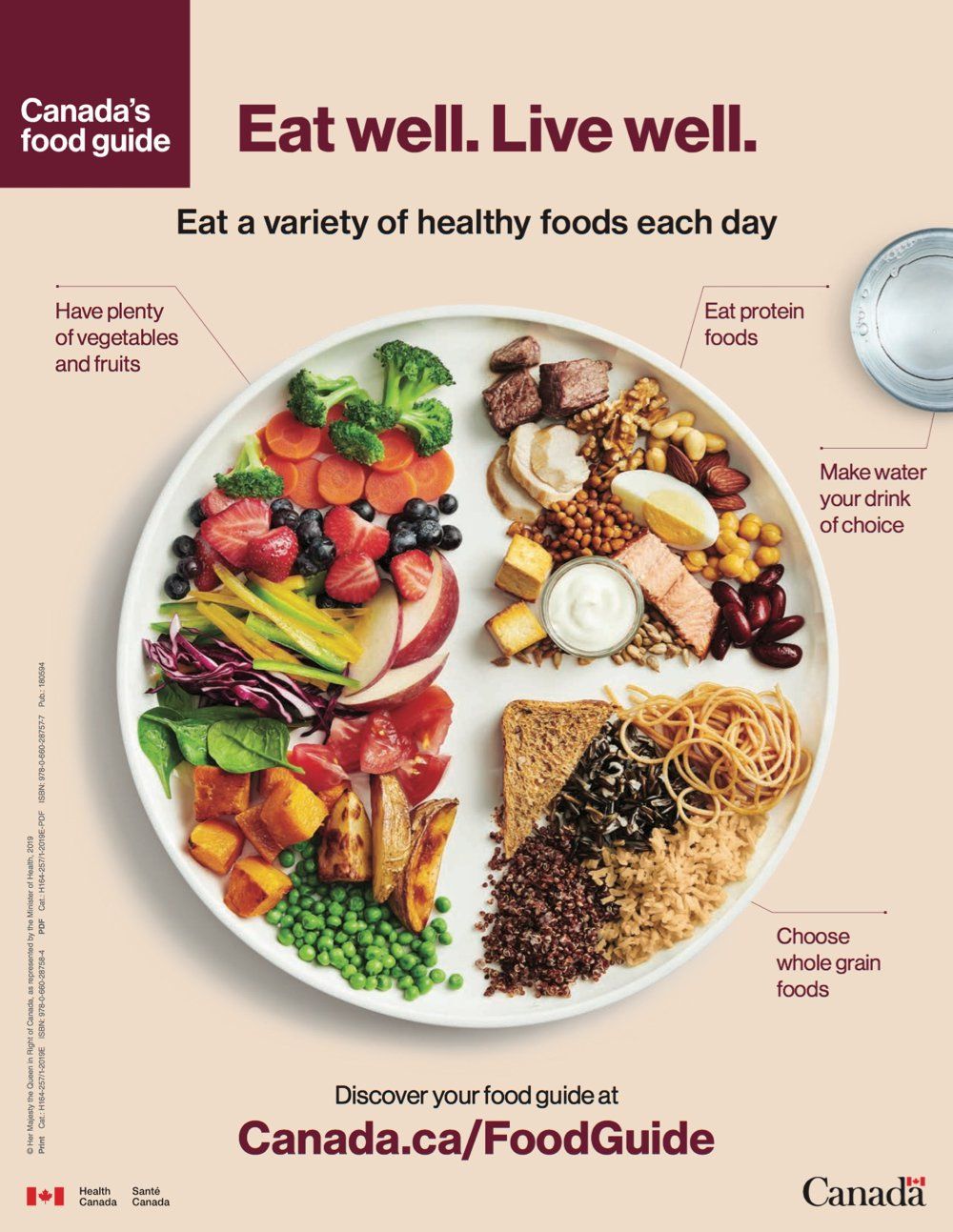 Hasan Hutchinson, the Director General of the Office of Nutrition Policy and Promotion at Health Canada, said the new approach is an attempt to be more useful to Canadians.

To that end, the guide no longer includes how many servings of different foods to include in a day’s menu, but rather urges people to eat more of some things and less of others.

“We did a fair amount of research when evaluating the past food guide, and what we heard from Canadians was that it was very difficult and too complicated to deal with recommendations about a particular number of portions of a particular size,” Hutchinson told reporters in a technical briefing Monday.

The iconic rainbow of the 2007 guide — with recommendations to eat four to 10 servings of vegetables, for example, of 1/2 cup each depending on your age and the kind of vegetable — has given way to the plate, half of which should be covered in fruits and vegetables.

The chart above shows how many Food Guide Servings you need from each of the four food groups every day. (2007 Canada’s Food Guide)

“It’s not about portion but about proportion,” Hutchinson explained, “and how to incorporate that into family meals, snacks, and gatherings. To make it real in your everyday life.”

One quarter of the plate should be covered in whole grains, like rice, pasta or quinoa, and the other quarter should be filled with protein — preferably plant-based, the food guide states, like lentils or beans.

Why plant-based protein? To increase fibre intake and lower intake of processed meats and saturated fat, to in turn reduce the risks of cardiovascular diseases, colon cancer and type 2 diabetes.

Gone, along with the rainbow, is the “milk and alternatives” food group, a change vehemently opposed by the dairy industry.

In a statement released in early January, the Dairy Farmers of Canada said the move to “de-emphasize” dairy products in relation to other sources of protein would be detrimental to health, not to mention the industry.

“There is no scientific justification to minimize the role of milk products in a healthy diet as they are a key source of 6 of the 8 nutrients that most Canadians already fall short of,” said Isabelle Neiderer, Dairy Farmers of Canada’s Director of Nutrition and Research, and a registered dietitian. “Milk products and other protein foods are not interchangeable. … Lumping milk products together with other protein foods will lead to inadequate intakes of important nutrients.”

Yet the new guide, which includes low-fat dairy products like milk and cheese among other options for protein, is based on a thorough review of scientific reports since 2006 — excluding reports that were commissioned by the food industry.

The goal is to reduce chronic diseases like ischemic heart disease, stroke, colorectal cancer, diabetes, and breast cancer, which are particularly affected by diet.

“The bottom line is that what we’ve done is to base our recommendations on solid, scientific evidence. That’s it. That’s what drives us,” Hutchinson said. “We made a strong commitment to not meet or be influenced by industry or (use) reports funded by industry.”

In a bid to reduce alarming rates of Type 2 diabetes and obesity in children, the guide urges consumers, health professionals and policy-makers to also think about what they drink, and make water the beverage of choice, over pop, fruit juice and flavoured — read sugary — milk.

Alfred Aziz, another Director General at Health Canada, cited a recent study by Statistics Canada that showed these sugary drinks to be the No. 1 source of sugar for kids. Fruit juice and chocolate milk have nutritional value, but they add a lot of calories, too.

Finally, the new Food Guide urges Canadians to think not just about what they eat, but how they eat. Among its recommendations are for people to take the time to eat and notice when they are hungry and when they are full.

They should cook more often — and teach kids to cook — as opposed to eating processed foods high in sodium and sugar, and they should eat with others, sharing food traditions across generations and cultures.

The new food guide will be available online Tuesday, including a two-page “snapshot,” of the guidelines. Health Canada is also working on a “Healthy Eating Pattern for Health Professionals and Policy Makers” to be released later this year, which will contain more specific and precise recommendations for use in developing menus for schools, seniors’ residences and hospitals, for example.

you can click below word and learn more information about our production line.

The news was quoted January 22, 2019, from Montreal Gazette:
https://montrealgazette.com/news/new-canadas-food-guide-not-about-portion-but-about-proportion

People choose cheaper over healthier when it comes to food

The future of protein: Meat vs meatless | Vancouver Sun