Go Vegan, Save the Earth

Along with concerns for healthy and environment protection issue from EU & American consumers within these years, the huge demand for Plant-Based Protein of Tofu is highly increasing. 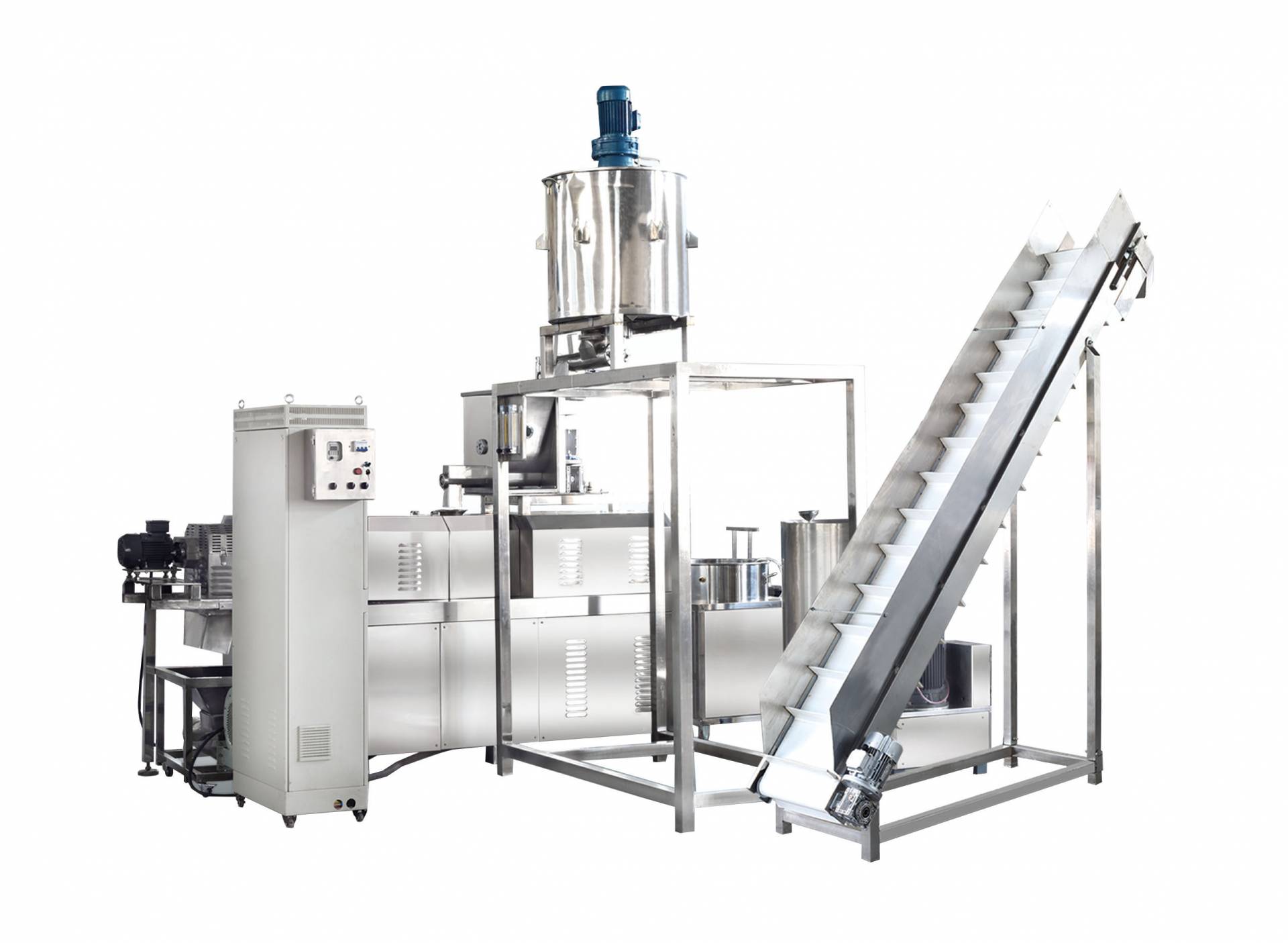 Here are the production steps of vegan meat(soy meat) manufacturing process. Among them step 1-7 are using the textured soy protein extruder machine to produce fibrosis vegan protein and textured vegan protein. If the vegan meat/fish products must be further produced, it needs step 8-16 to fulfill the process.

8. Soaking Bucket：Soak the fibrosis vegan protein into water to allow the fibers of the meat chunks to regain water.

9. Dehydrating Machine：After soaking, the extra water of the fibers must be removed with dehydrating machine.

At the same time, add the ingredients of step 11 and 12 into the mixer for second stirring. When it is completed, the vegan meat paste is produced.

14. Clipping Machine：If the vegan meat paste is filled into the high temperature resistant packages, after the packaging process, the bags must be clipped to be finished.

16. Cooling：After steaming or frying is finished, the vegan meat must go through cooling process, then, packaging, and preservation.

Owing to the religion in India, the population of the local vegetarians exceeded 300 million, which makes India the country that has the largest population of vegetarians in the world. Other countries change their diet habits due to factors like protecting the natural environment and animal care.

According to the survey by Technavio, in 2015 the total output value of the vegetarian food market is about 5,400 million U.S. dollars; it is expected to reach 9,100 million U.S. dollars in 2020. The main driving factors that make the overall vegetarian food market grow include personal health, expensive meat and seafood, environmental factors and curiosity driven. In addition, in recent years the media’s attention towards vegetarian food and celebrities’ recommendation also promote the development of vegetarianism. Even, many European places execute a meatless day weekly, for example Meatless Mondays. At the same time, in order to embrace this trend, many communities voluntarily hold vegetarian food fairs, which allow more people to understand the richness of vegetarian food and increase the opportunity and willingness for people to try it.

With the two mentioned trends, our clients also wish to take on the frontier of the fast expanding market of vegan foods; these reasons encourage us to introduce textured soy protein extruder machine(Vegan  Meat/soy Meat Machine) and vegan meat manufacturing process.

The following vegan meat products are matched with individual required equipment; you can choose either single equipment you need currently, or complete solution plans. We remind you to fill in the following information when you write inquiry sheets:

I. The name of the vegan meat product that you intend to produce

The detail information allows us to propose a producing plan of vegan meat (seafood) products fitting for your specific needs.